The pictures show the unique 3D-principle of the 3D Sorting Drum, making it impossible for hard long parts to get into the fraction.

In addition, the pictures show the inside of a Sorting Drum. The sieve decks have different diameters, whereby several fractions can be separated in a single Sorting drum.

Photo 1: 3D-principle shown from the outside of the sorting drum.

Photo 2: A hard long part cannot pass through the hole.

Photo 4: Interior of the 3D Sorting Drum, on its way to the next step in the sorting process for reuse. 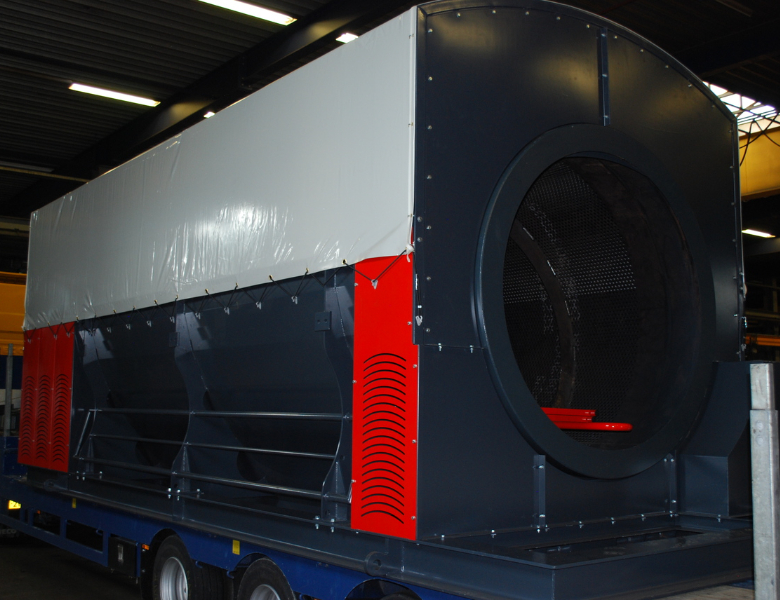 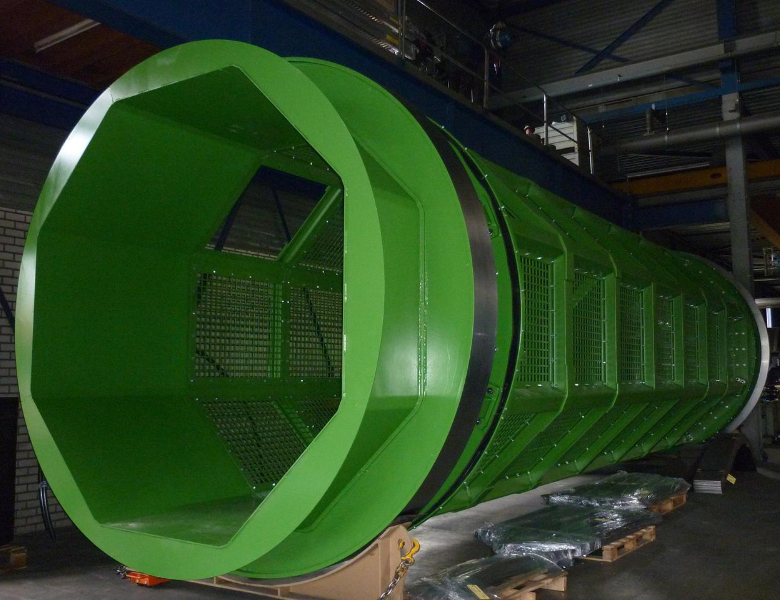 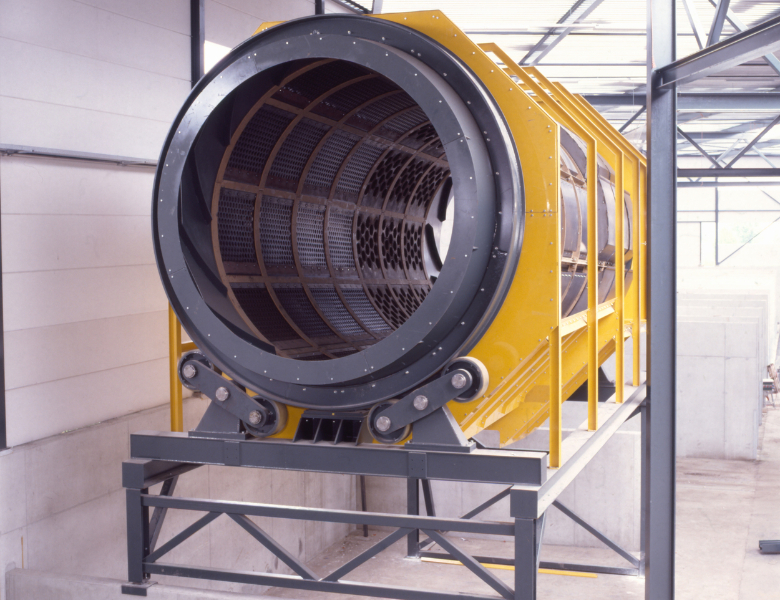 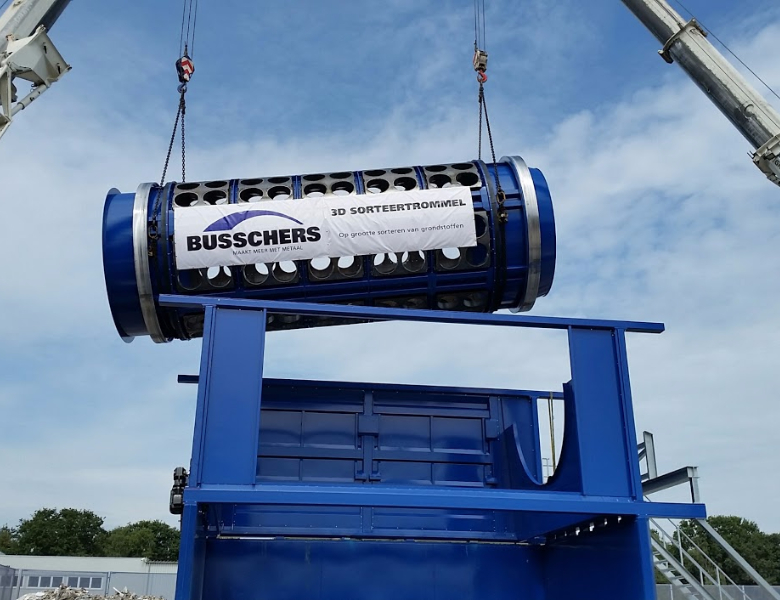 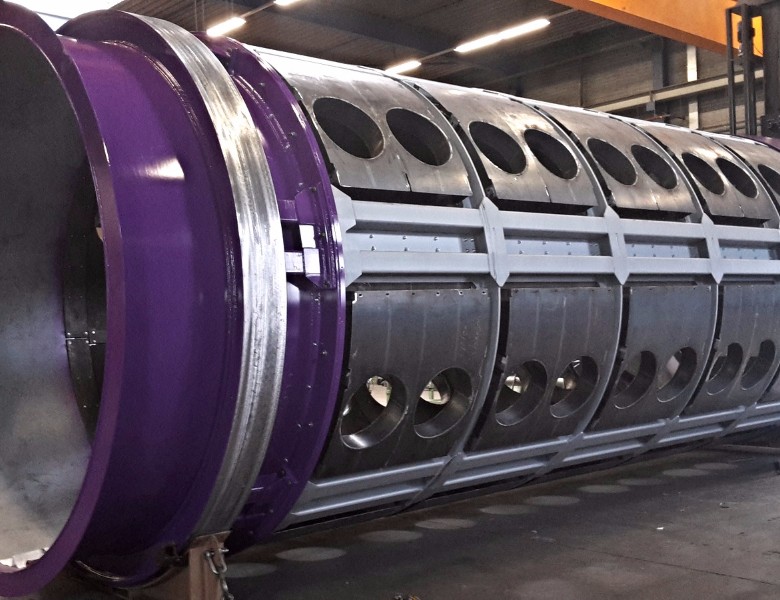 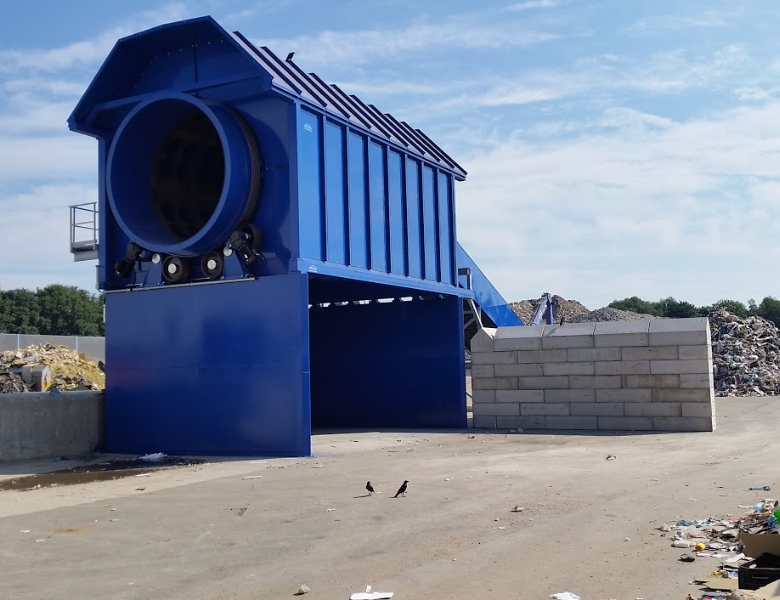 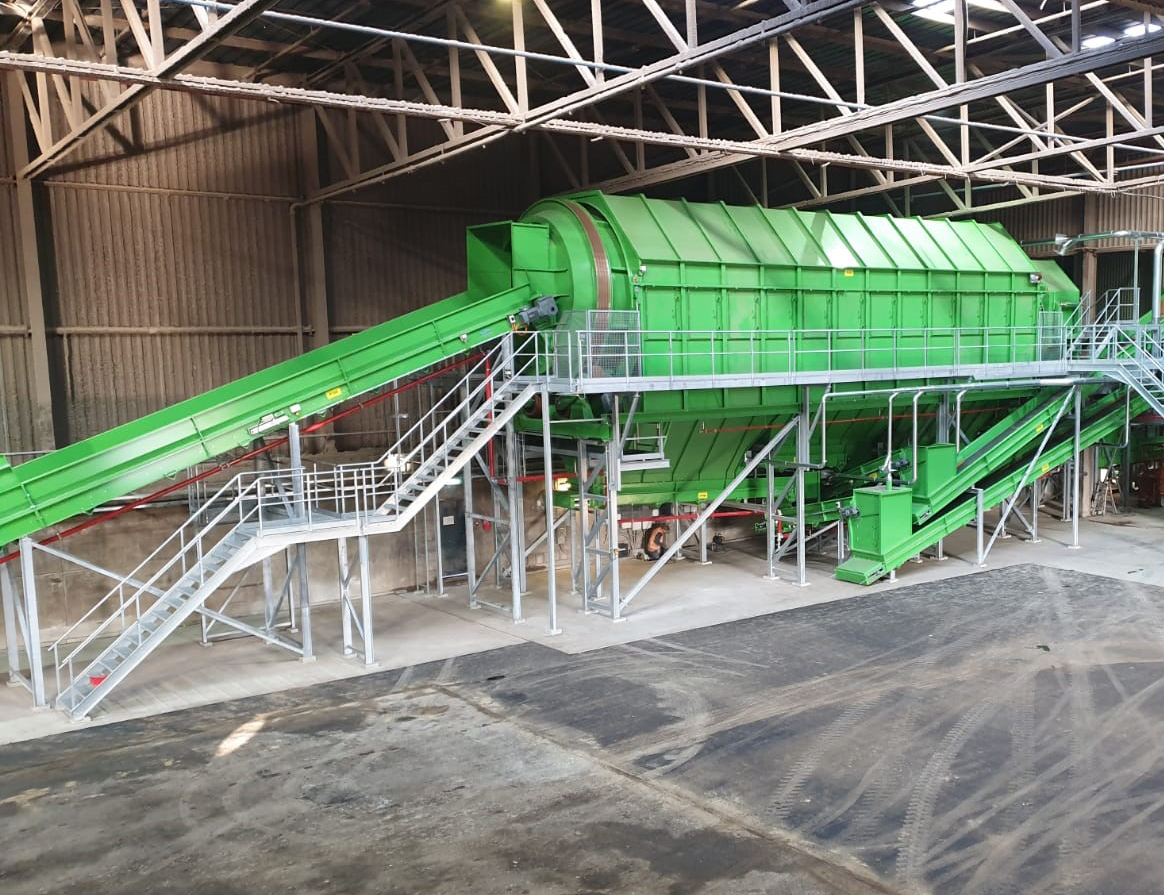 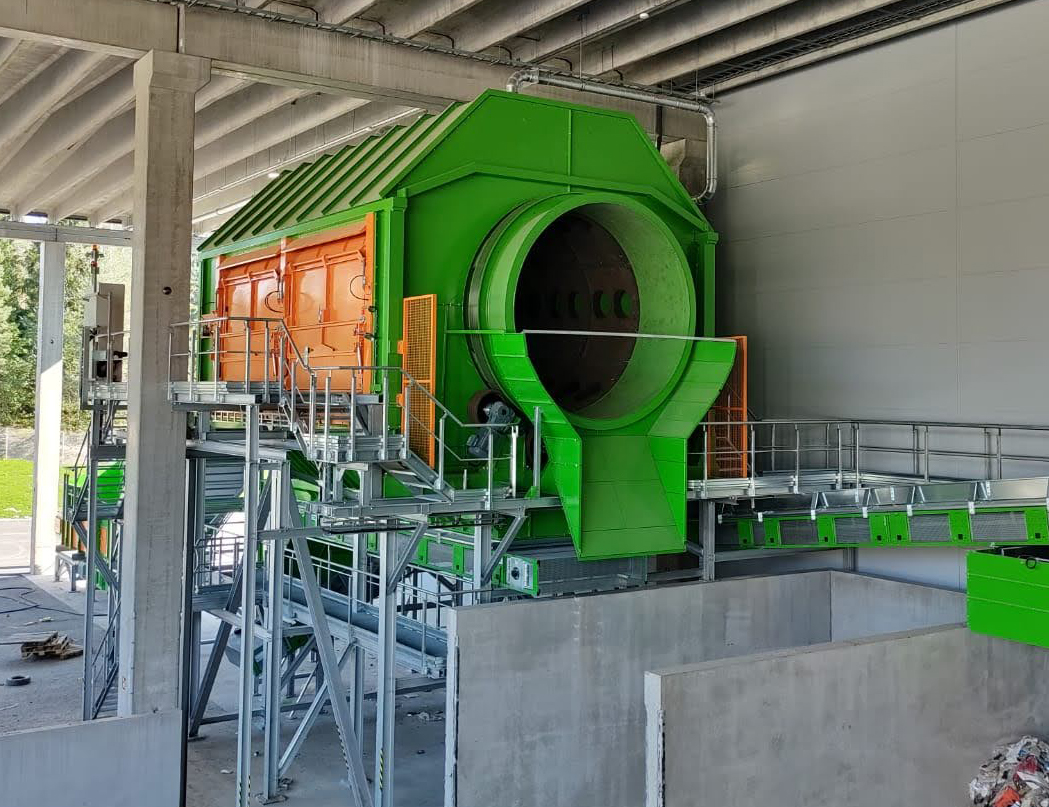